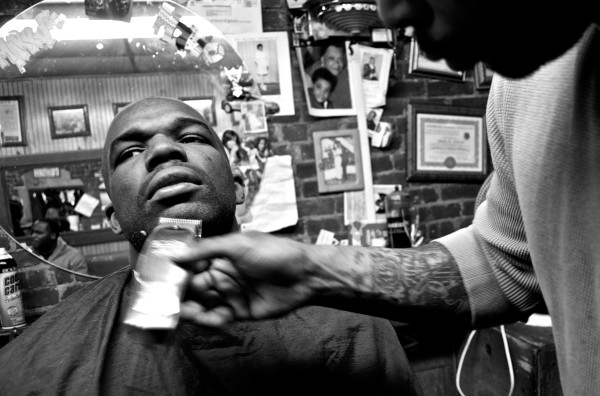 Head Hunter is an institution here in Brooklyn. It is one of the oldest and most respected barbershop in Bed-Stuy. I heard about it because it is a well known fact in the neighborhood that Notorious B.I.G. used to hang out there. Few weeks ago, Jason “ClassicBeatz” Minnis mentionned to me that the shop was one block away from his house and that he goes there two or three times a week. I immediately asked him to hook me up with those guys. One week later, Jason calls me back and says “Mark, the owner of the place, is expecting us this Saturday. That we should go at around 2.30 PM when the place is packed so you have a feel of the place”. Bingo. 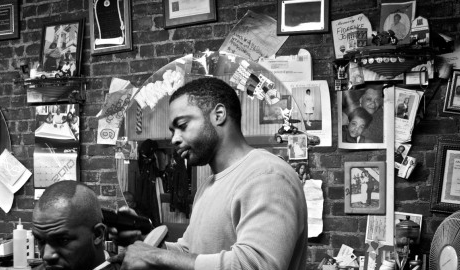 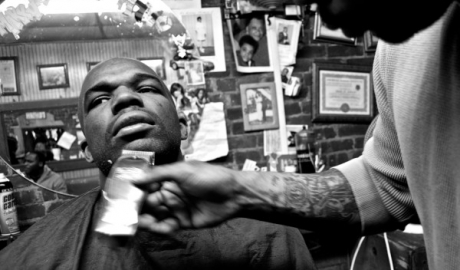 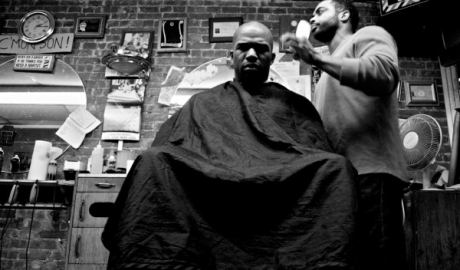 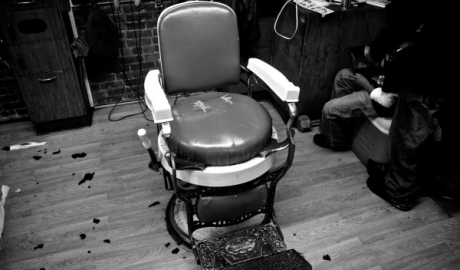 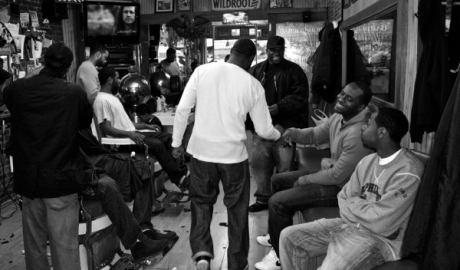 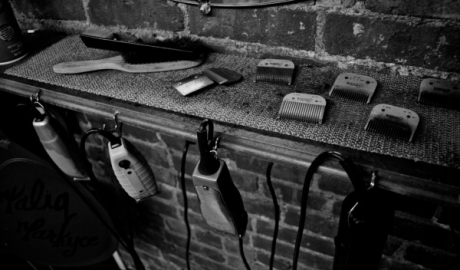 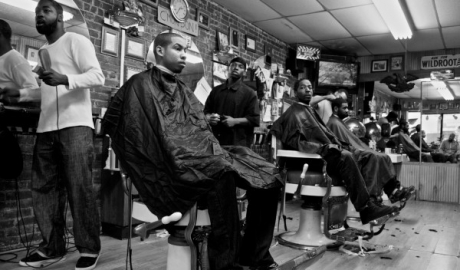 “More than anyplace, the barbershop is the black man’s way station, point of contact and universal home.”

Jason told me that whether in Bed-Stuy, North Florida or Brixton U.K, the ambiance in a barbershop is indistinguishable. A barbershop holds a key role in African-American culture. It is a community gathering place, a discursive space where you receive words on local doings and the latest rumors of the neighborhood. The barbershop is also a neutral place where men interact regardless of class, education, or occupation. Kids, adults, cops, hustlers, nearly everyone takes part in the casual conversations where the barber plays the very active role of moderator. During the hour I spent there, the discussion touched upon an eclectic range of topics, switching from mentoring and education to culture, food habits in the North vs. the South to politics and of course girls.

He also told me to be prepared, because the three barbers (Mark, L and Boo) are very quick and have a sharp sense of humor. He told me that being an outsider, the barbers and the clients would scrutinize me at first. That is the rule in a barbershop, it is all about how one’s carries himself, and attitude and behavior dictate how one is being treated. After introducing myself to each an every one in the shop, I asked permission to unfold my gear.

Mark took over the business 18 years ago and plays the role of the patriarch. Boo has been working for 14 years with Mark. He’s a charismatic and well respected figure in the community. “L” is the last one of the three mousquetaires. “L” is still relatively young at 24 years old, but his 6 years working as a barber at head hunter was the perfect vehicle for developing his razor sharp wit.