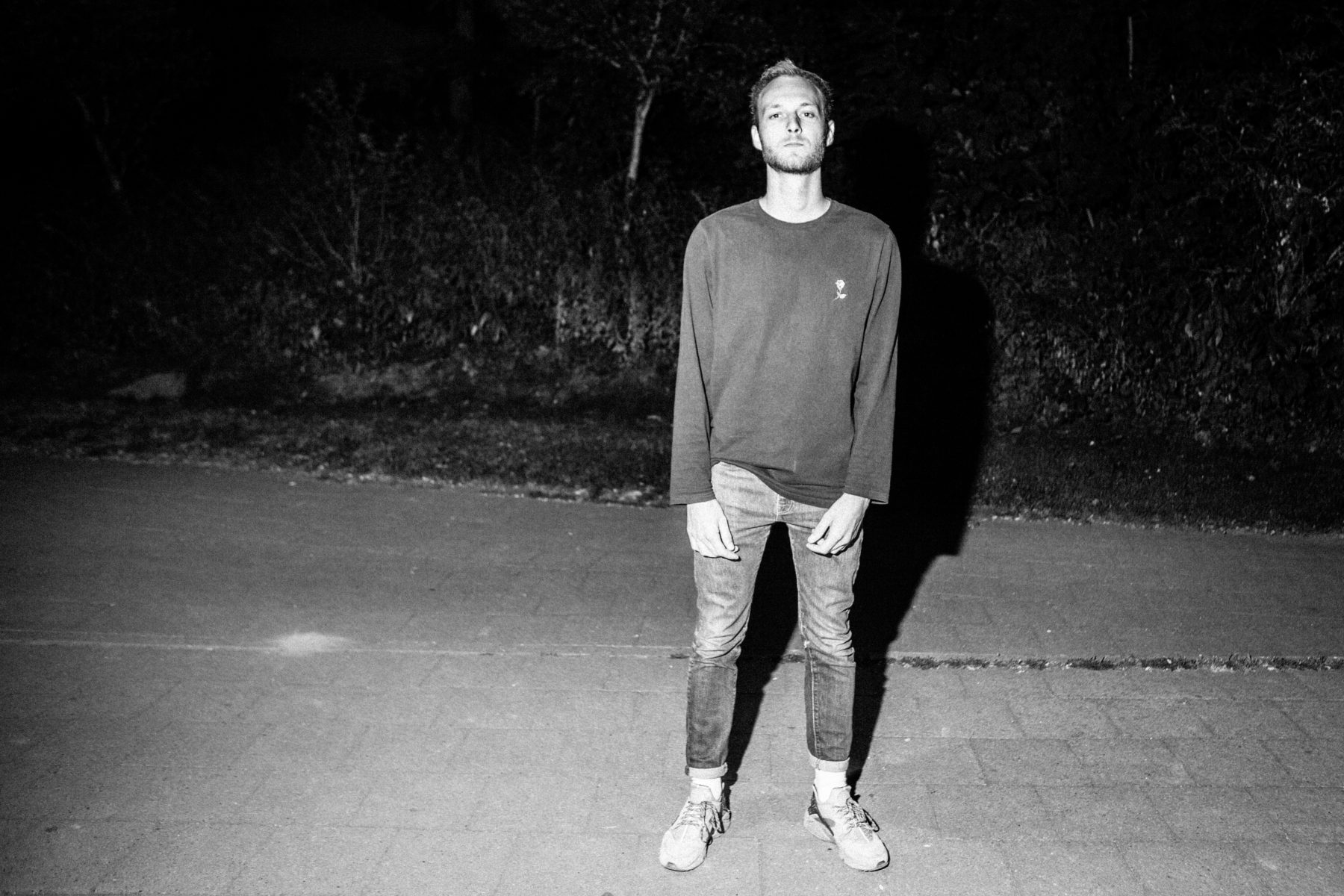 RARI is an electronic music producer currently living in Brussels. In early 2018, he released his first EP: ‘The Eternal Return’. On September 20th 2019, RARI released his second EP ‘Quantics’ so we took the opportunity to invite him for a guest mix and a chat.

In his mix for LDBK, RARI chose tracks by artists who have inspired him. It may just be us, but these pieces, as well as RARI’s productions, seem to resemble Caravaggio’s chiaroscuro: intense light and deep darkness elegantly brought together as harmonious compositions.

– Thanks for your mix. What title would you give it? What kind of atmosphere were you trying to create?

RARI: I would call it “From Dusk Till Dawn”. The general atmosphere corresponds well to what I try to create in my own music: a vibe that lies between darkness and light. It often has the feel of twilight with lighter elements being brought in by harmonies. I really care about that principle and the tracks in this mix illustrate it well. It starts slowly and the beats per minute gradually increase until it becomes somewhat explosive, with a hint of world music.

– Where do you come from? What brought you to Brussels?

I come from a small town near Liège. When I was a teenager, I spent my weekends in Liège. In fact, that’s where I discovered electronic music; in a now-closed hall called Soundstation. I wanted to see new things while I was at university, to leave my hometown. So I went to the Université Catholique de Louvain (UCL) in Louvain-la-Neuve. But I quickly got fed up with that town and I pretty naturally moved to Brussels all the while continuing my studies in Louvain-la-Neuve. I fell in love with Brussels and I’ve stayed ever since. It’s home now.

– Could you see yourself living somewhere else?

Brussels is clearly one of those European cities that’s rising while keeping a very chill vibe. The music scene and, more broadly, the cultural scene is super rich and I’m not planning on moving anytime soon. If one day I get sick of it, I’ll move to a place where the art scene is just as vibrant. But hopefully, it’ll be a bit sunnier. In any case, when I’m in a city, I need to feel like things are happening around me, even if I’m not at the epicenter of the action. I need to know that I could be there if I wanted to. If I don’t have that feeling, I get anxious.

– You released your first EP in 2018. How long have you been creating music? How did you end up making music?

I’ve been making music for a long time. I studied guitar at the conservatoire and taught myself piano. As a good rebellious teenager, when I started wanting to use music as a means of expression, I did it through hardcore and metal bands. I also listened to quite a lot of rap. I was receptive to anything that had a strong intention and would shake listeners up. My background didn’t really include electronic music at first. That came later and it quickly became an obsession when I understood electronic music’s creative potential. I spent tons of time exploring different styles. At first, it was just for fun, then it was to find my own sound. When I felt like I had personalized my production method enough to be able to make my first official releases, I launched RARI. But my productions still massively improve from one release to the next.

– Do you remember what led you to music as an art form?

There’s a combination of multiple factors. What led me to the conservatoire when I was a kid was my mother’s belief that learning music opened and shaped one’s mind starting at a very young age. She also thought that mastering a musical instrument allowed one to never get bored, to always be accompanied by something tangible. It’s true. Additionally, music has always had a strong evocative power over me. It’s the art form that has always had the strongest and most direct impact on me. When I felt the need to express myself through art, it was obvious that it would be music.

– Have there been pivotal moments or tracks in your musical evolution? Are there pieces that ushered you into electronic music?

The first albums of the Prodigy created a good link between my different universes. It was my first step towards the proper production of electronic music. In parallel, Radiohead, which I listened to a lot, started using a lot of electronic elements in certain pieces. I remember going wild over ‘Idioteque’ on the ‘Kid A’ album. Portishead’s first two albums and Geoff Barrow’s super intense music were on constant replay. Then I gradually started really appreciating electronic sounds for what they were, in lots of different styles. I discovered harder stuff like ‘Windowlicker’ and ‘Come to Daddy’ by Aphex Twin. Progressively, once electro was completely validated, I opened up to club music mainly in a techno register. I was dumbstruck by Stephan Bodzin’s first album: it was the first time I had ever heard such crafted harmonies on techno beats. Today, that’s become pretty mainstream but his album ‘Liebe Ist’ (and the eponymous track) was new to me. It had a relatively strong impact on my way of producing music.

– Your newest EP just recently came out. Do the tracks you chose for your LDBK mix inspire you when creating your own music?

Yes, the artists I chose inspire me a lot, even though it’s a pretty eclectic mosaic of genres. Beyond the sounds and melodies, which I really like, what I appreciate about these artists is that very few of them set stylistic boundaries for themselves. I was recently reading an article that explained how generation Z wrecked the concept of music genres. I think it’s a good thing. Electronic music should not stray from that principle. I’m inspired by, and have great respect for, producers who travel across different genres all the while leaving their personal signature on every piece. I’m thinking of Rival Consoles (who can be found in my mix), Jon Hopkins, Clark, and Plaid for example. Placing themselves between ambient, electronica, and club music, those artists are free and don’t have a specific agenda. That’s what I especially like.

– Are you into making remixes for other artists? How about other people remixing your tracks?

I had the privilege of remixing really nice tracks by Haring and Glass Museum. I love being able to work on a piece that inspires me, and it was the case here. In general, I love collaborations so I’ll most likely do that again soon. Same for being remixed by someone else.

– When you perform live, do you play DJ sets?

Right now, I only play live music. So, it’s always my own sounds. It’s a way for me to promote my work and to share my universe with others. I’m thinking of doing some more DJing in the future. But I’d like to first finish my current productions so I don’t spread myself out too thin.

– When is your next gig?

I’ll be playing at Souplex in Liège on October 26th.

– Are you already working on your next release? What kind of vibe are you gonna go for?

At the moment, I’m working on some leads. I’m compiling as many ideas as possible before I make a selection and define what format and vibe I want. In my new productions, I’m getting increasingly meticulous. Some tracks are a bit darker while others are closer to intelligent dance music (IDM), as is already the case with the new EP. So the inspiration is there, but as long as I’m focused on other things, I’ll have a hard time defining my next release’s vibe. It’ll be a mix of black and white filters and Havana. I’ll do my best to make sure it’s great! 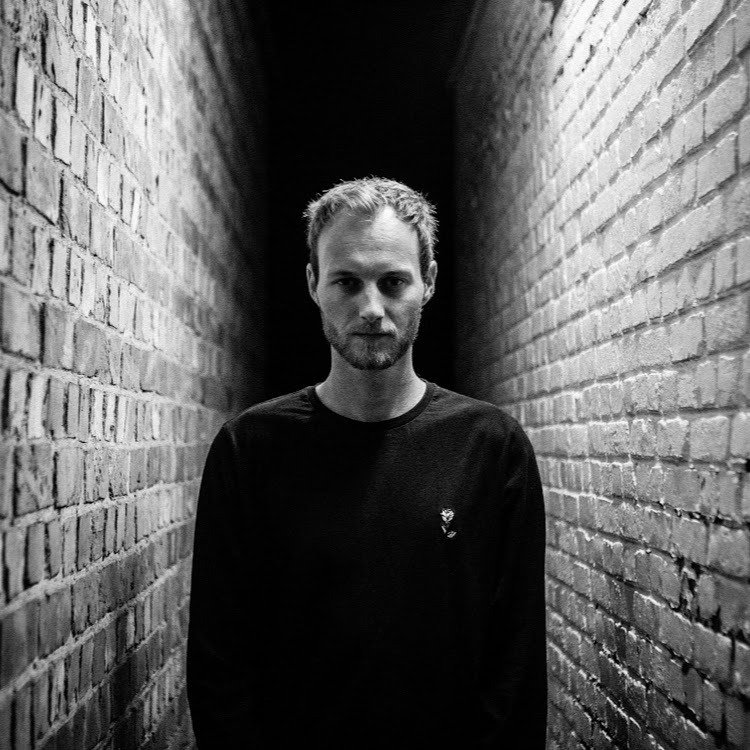