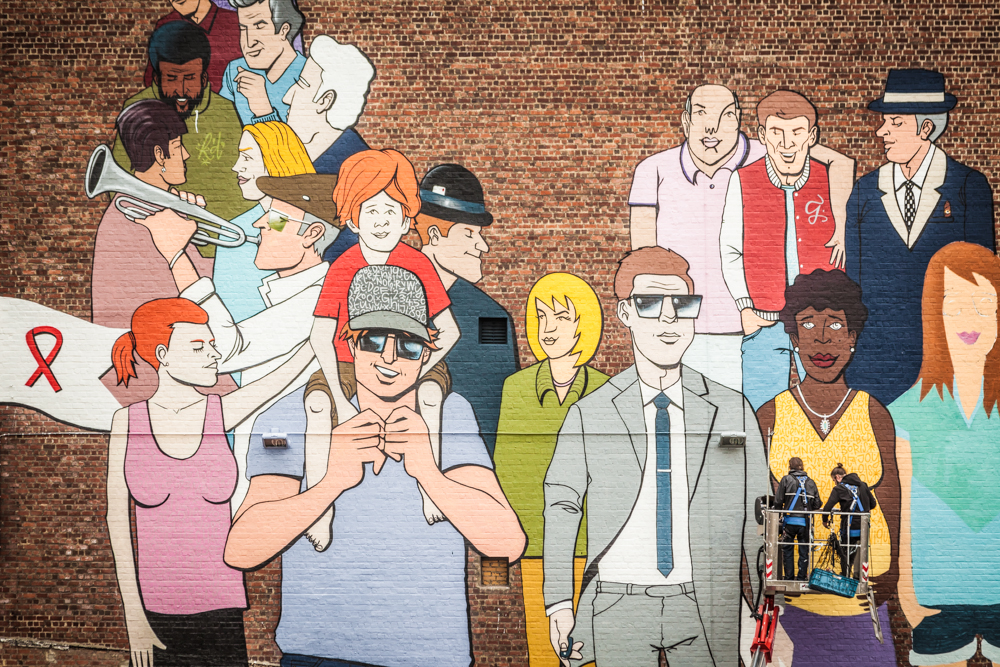 If you walk in the Marolles neighbourhood of Brussels, make sure to stop by rue Haute 290 (one of Saint Pierre hospital’s entrances) as painters Denis Meyers and Arnaud Kool recently completed a 20-meter high mural to raise awareness of HIV and AIDS.

A typographer by training, Denis Meyers decorates the streets of Brussels with stickers and other interventions for more than 15 years. Mixing shapes, faces, letters on various supports (from Duvel glasses to Mini Coopers), it is already the 3rd times that Denis paints a mural supporting the fight against AIDS.

Arnaud Kool is a Brussels based painter and illustrator with a graffiti background combining commissioned artworks for , among others, the Strictly Niceness parties, Delvaux & Mercedes with successful experiences in art galleries. 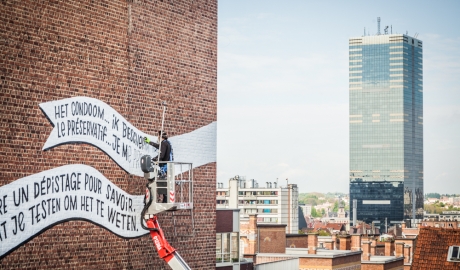 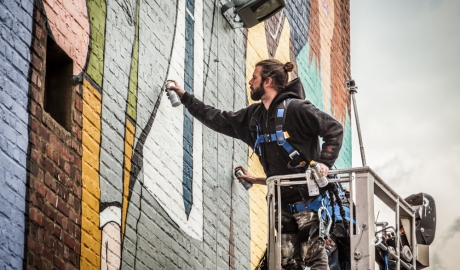 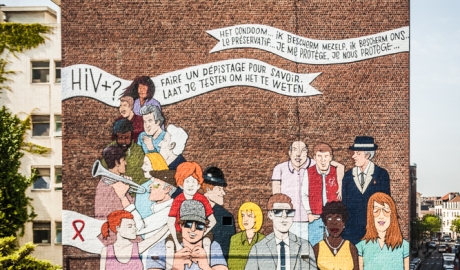 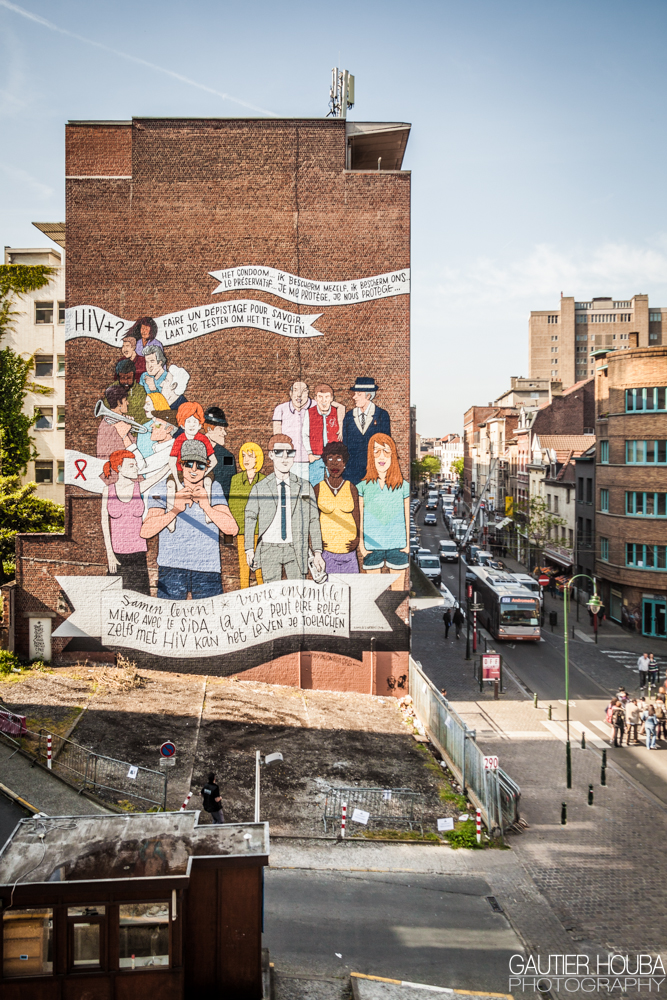 Text on the mural:

Condom… I protect myself, I protect us…
HIV+? Get tested to know.
Living Together! Even with HIV life can be beautiful.