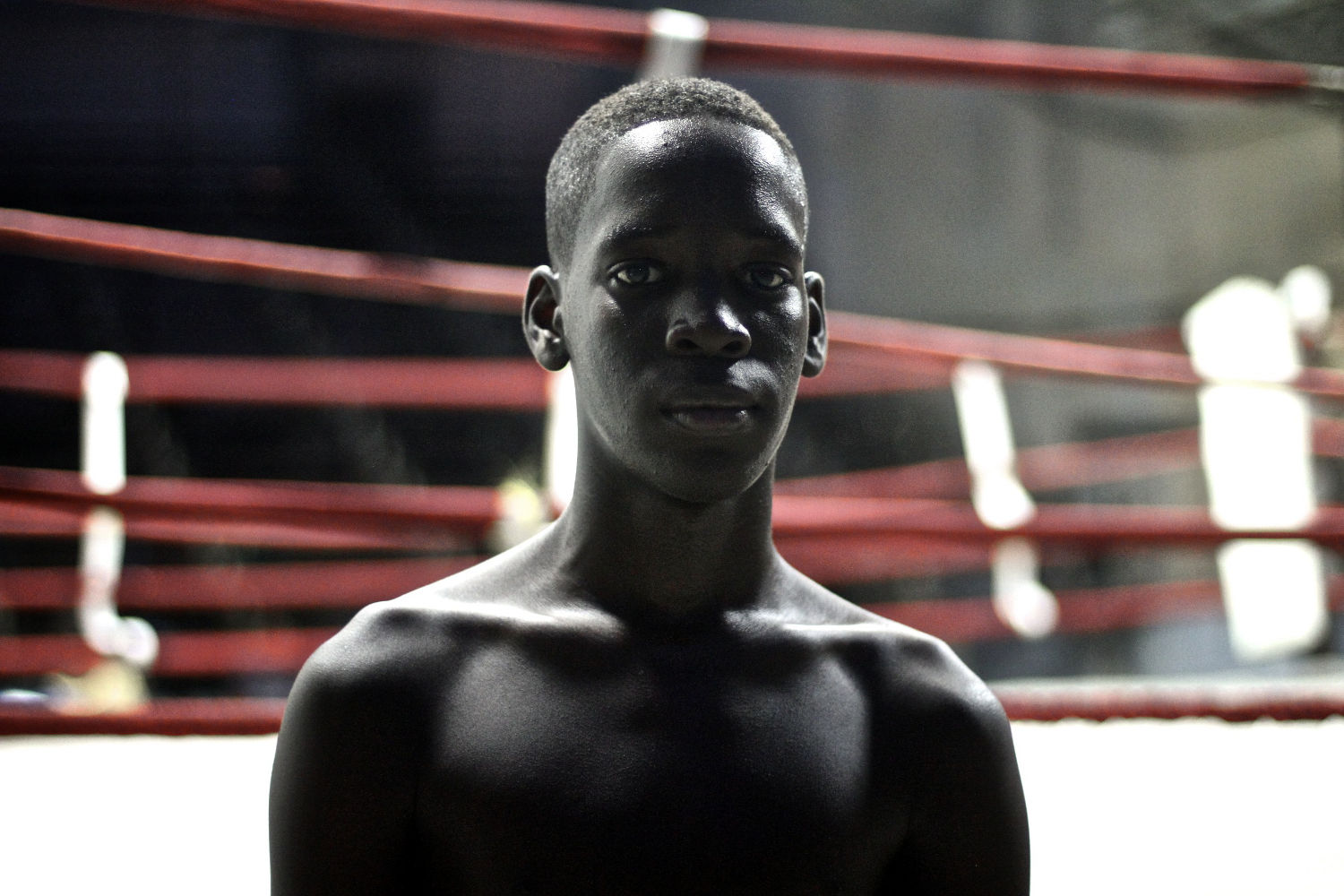 Dreams are pretty much all you can have in Cuba and boxing allows Cuba’s youth to do just that. Cuba’s rich olympic legacy is a strong source of inspiration for young fighters all around the country. Ambitions of a successful career a la “Kid Chocolate” fuel determination and focus in La Havana’s numerous neighborhood boxing gyms. It’s in these neglected infrastructures where passion emerges, where skills are forged and where dreams are born.

My first stop was in Havana Vieja at Rafael Trejo’s gym. Rafael Trejo Gimnasio al Aire Libre is the oldest boxing club in Havana. The open air training facility offers local pugilists a boxing ring placed at the center of a courtyard surrounded by bleachers and pastel walls from apartment buildings next-door. Despite its well worn and neglected appearance, this boxing arena trained and formed numerous Olympic champions. I arrived at Rafael Trejo’s right before the evening training session. The sun was setting and I only had the ring’s neon bars as a source of light to capture the boxers’ determination, focus and commitment to this sport that acts as means of escaping the crude realities of everyday life. 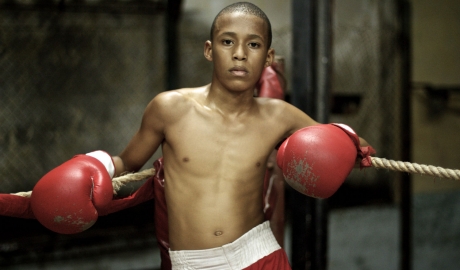 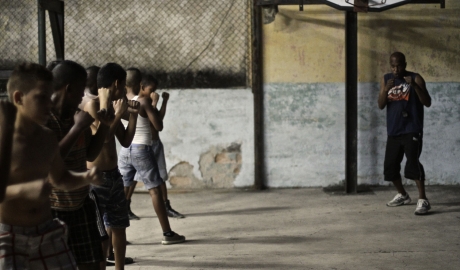 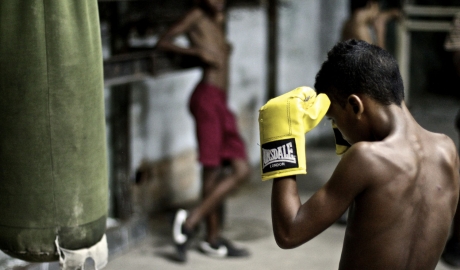 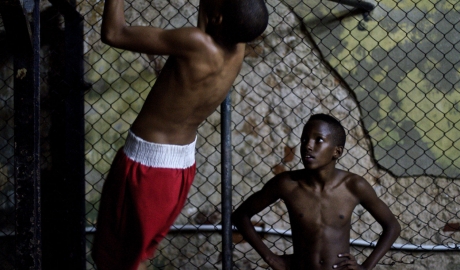 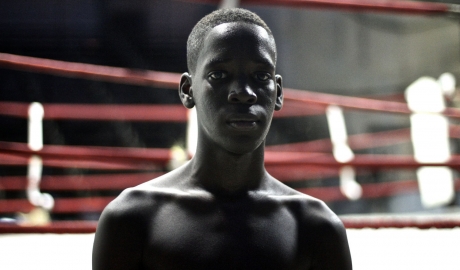 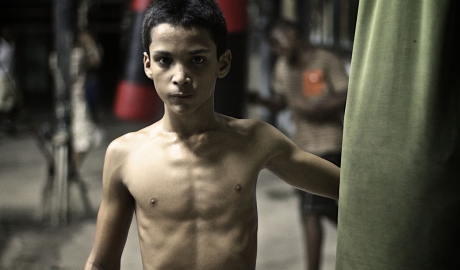 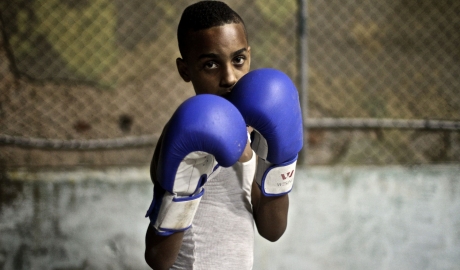 The next day, I visited Kid Chocolate’s sports arena located in front of the Capitolio in Centro Havana. Here, kids and young adults were honing their skills on the worn-out parquet floor and shadow boxing in front of stained mirrors. The heat and the lack of air gave a suffocating feeling, amplified by the fact that the ceilings were exceptionally low. This is as raw as boxing and photography gets. 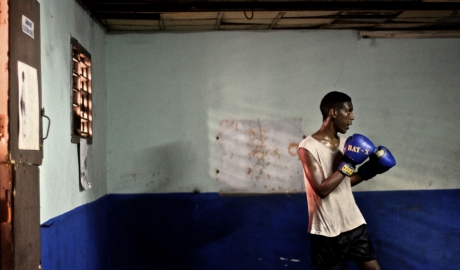 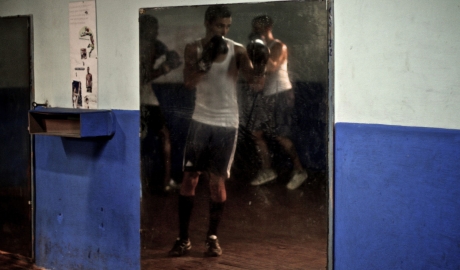 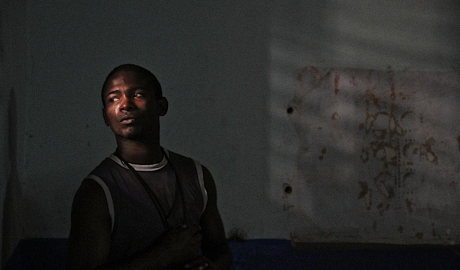 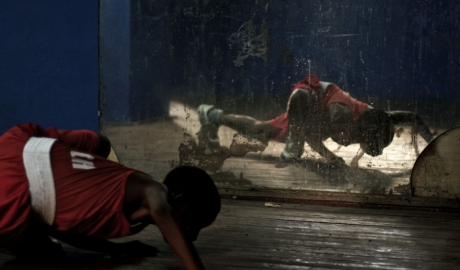 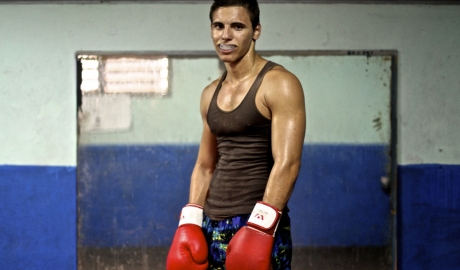 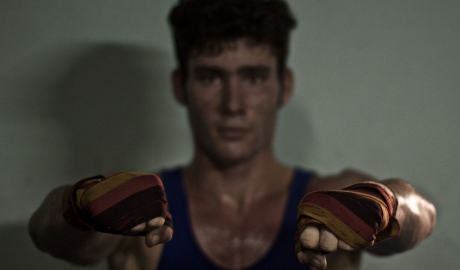 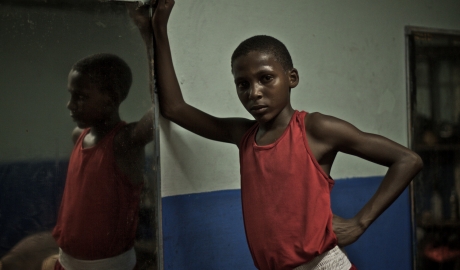