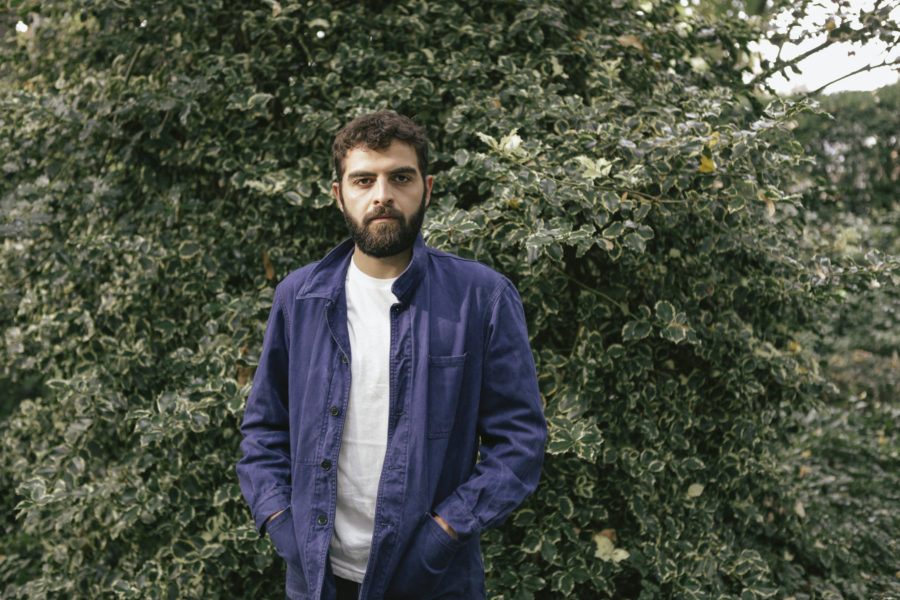 Brussels-based electronic music producer Yann Attia, aka Haring, just released his second album “Blurred” on his own label: City Tracks. Curious to know more about his musical influences, I asked him to compile a mix for LDBK.

A few of weeks ago, we met and discussed his first single, work process, radio activities, and broad musical interests.

– On “Disappearing” you collaborate with the singer Night Works. Is this the first time you’ve included vocals in one of your songs?

It’s the second time. I collaborated with Novaa, a German singer, in 2015 for the song “Time”. This time around, it was completely different. I worked with Gabriel Stebbing, a multi-instrumentalist within Metronomy until 2010 who also co-composed the album of Christine and The Queens whom he then accompanied on stage during her tour. His solo project is called Night Works. In 2011/2012, when I started producing, he had just released the song “I Tried So Hard”. This song inspired me so much that I decided to remix it and send him my version. He enjoyed it to the point of adding it as a bonus on his album. If you ordered the album on Juno, you would receive my remix as a bonus.

Gabriel is super accessible so we continued to chat. Then we lost touch for years. In 2019, when I was preparing the album, I saw that he started to publish songs again. I had a track on which I would have liked to add a voice and I immediately thought of him. During the summer of 2019, we exchanged a lot. When I went back to the studio to finalize the album with Jean Vanesse, the song took a different direction. However, I did keep the piano/voice demo that Gabriel had sent me during our exchanges as an outro.

– When you talk about finalizing your album in the studio, are you referring to the mix?

Jean (Vanesse), the sound engineer I work with, comes from an electronic music background. He was part of the Spirit Catcher duo. He really has an ear for mixing electronic music. We immediately understood each other. It was very natural. It was our first collaboration. Usually, I manage the mix myself. But this time, I wanted to take the final rendering to the next level. I knew him from the work he had done for Ulysse and DC Salas. I am very happy to have worked with him.

– I heard that his studio was very cosy…

It’s so good. It’s located in the countryside between Charleroi and Chimay. There are fields, cows, practically no telephone network. You are far from all the city’s distractions. It allows you to fully concentrate on music.

– You produced your new album “Blurred” entirely in Brussels. Was that a first for you?

Yes! “Blurred” is the album of sedentariness [laughs]. During the genesis of the previous album “In Spaces”, I lived between Brussels, Paris, and Istanbul so I created a lot of it during my travels, on planes, trains, or buses. This time, I wanted to compose at home in Brussels. As a result, I practically did not travel for 8 months. This was kind of hard for me because I don’t have a sedentary personality.

– What is your background? Did you grow up in Brussels?

No, I grew up in Mons. My father was born in Algeria and lived in Paris. My mother is from Mons with Dutch roots. I came to Brussels to study sociology and anthropology at the Université Libre de Bruxelles (ULB). Then, I did a master’s degree in cultural management. Next to my studies, the Haring project was born. After graduating, I started working as a production manager at Botanique, and very quickly music became my main activity. 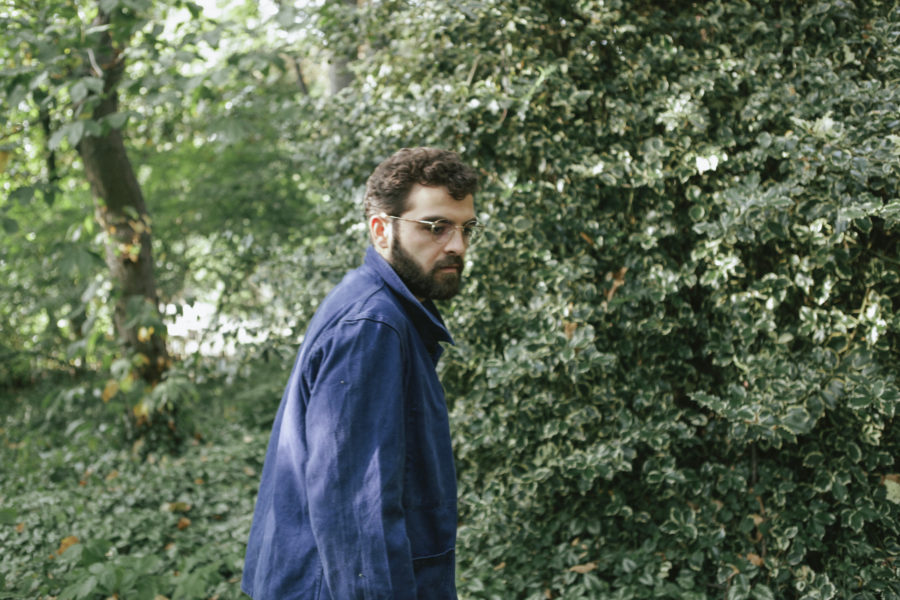 – You are a resident DJ on Pure (a Belgian public broadcaster). When you create new music, do you try to create tracks that could be played by large radio stations?

I am a resident in Pure Trax on Pure once a month. I’m totally free to select what I want in my playlist. I can defend the music I love there. I am also on Kiosk radio once every 2 months. And there, I also have the opportunity to invite a guest on my show. It allows me to highlight the artists I like. These are 2 radio stations that allow me to reach different audiences.

When it comes to production, I make the music I want to create. I feel like I’m on the borderline between niche music and something more mainstream. And it’s true that I have influences that are a little more “radio-friendly”. Obviously, I wish that my music were played by radio stations and if possible during prime time. But I produce according to my desires of the moment and then we see with my manager which piece we could offer on which station. In the end, their music directors decide whether they play my songs or not. But I do not produce following a specification.

I just hope that my music gives a boost to people, that it makes them want to do something.

– You just mentioned your manager, Didier De Raeck. What is his role?

I co-manage City Track with Didier. City Tracks is a management agency and my label. Didier and I co-manage all our projects, and therefore mine too. We call each other almost every day. He doesn’t tell me what to do but he advises me on my questions. For example: I explain to him that I have 10 songs, that I would like to make an album and then arises the question of how we do things. Self-production? Through a label? Which single to release before the album? New questions come up every day. When you make music, you spend only about 10% of the time in front of your machines and the rest is 90% of questions relating to the administration, promotion, and distribution of these songs.

I don’t know if I’m a control freak but I like to keep the reins of my projects. From the start, I asked myself questions about copyright, license, and distribution contracts, etc. I started my career when digital distributors appeared. You signed up as artists, you distributed your music without going through a label and you received your royalties. I had some success with the song “Us” and in this case, it was super important to master the contractual aspects to reap the benefits. It was taken over by Dior for a commercial, United Airlines also used it. It is used in radio, television…

– When a track works well, is there a temptation to replicate a certain recipe?

No, not at all. It was an inexplicable phenomenon that I am not trying to reproduce. Otherwise, I would become unhappy. “Us” was first featured on the Indie Shuffle blog and then on the MrSuicideSheep Youtube channel. There was kind of a buzz. It went very fast. I received a lot of attention when I didn’t expect it. It allowed me to meet an audience, mainly in the United States, who still follows me today. But I’ve evolved a lot musically since then. At the time, I was in a “Chill Wave” movement, now I imagine that terms such as “IDM” or “Left Field” best define me.

– Speaking of musical styles, you made us a pretty surprising mix. I was expecting electro and you went in another direction…

I’m surprised you’re surprised [laughs]. Electronic music is only one part of the music I listen to. I also listen to a lot of Jazz, Psych Rock, esoteric stuff… I made a mix with music that inspires me “spiritually” and that makes me daydream. As part of the promotion of the album, I will have to make more electronic-oriented mixes. So, for LDBK, I wanted to present another facet of what shapes my personality and my music. It starts with Armenian music. Following my travels in Turkey and Brazil, I developed a strong interest in traditional music. The Azymuth track is incredible. The piece by M.A BEAT! and Laraaji has been looping through my headphones for a year. I chose the kind of music that accompanied me while I was creating the album. I’m really happy to be able to offer something different from what is expected of me.

– You collaborated with Fulgeance and La Fine Équipe within Gangue, a super-group assembled by the festivals of Dour, Nordik Impact and Mars Attack. Can you tell me a bit about that?

For 6 months we organized various residences and studio sessions and then we toured in the festivals that you mentioned plus a few others. It was great. The six tracks we released were produced in 3 days so it was pretty straightforward. Then, we worked on the live set. The most complicated part was actually to connect the computers of 6 musicians. It was a technical feat. I learned a lot from working with them. 2018 was a year of collaborations. Next to Gangue, I formed a live band with Antoine Flipo, a member of Glass Museum, and Monolithe Noir . I drew on these experiences to produce this new solo album. Music is a moving thing. Sometimes you collaborate, sometimes you work solo. Maybe tomorrow I’ll explore Ambient or House. I have no identity issues. I produce the music I want to present and I evolve as a musician. I just hope that my music gives a boost to people, that it makes them want to do something.