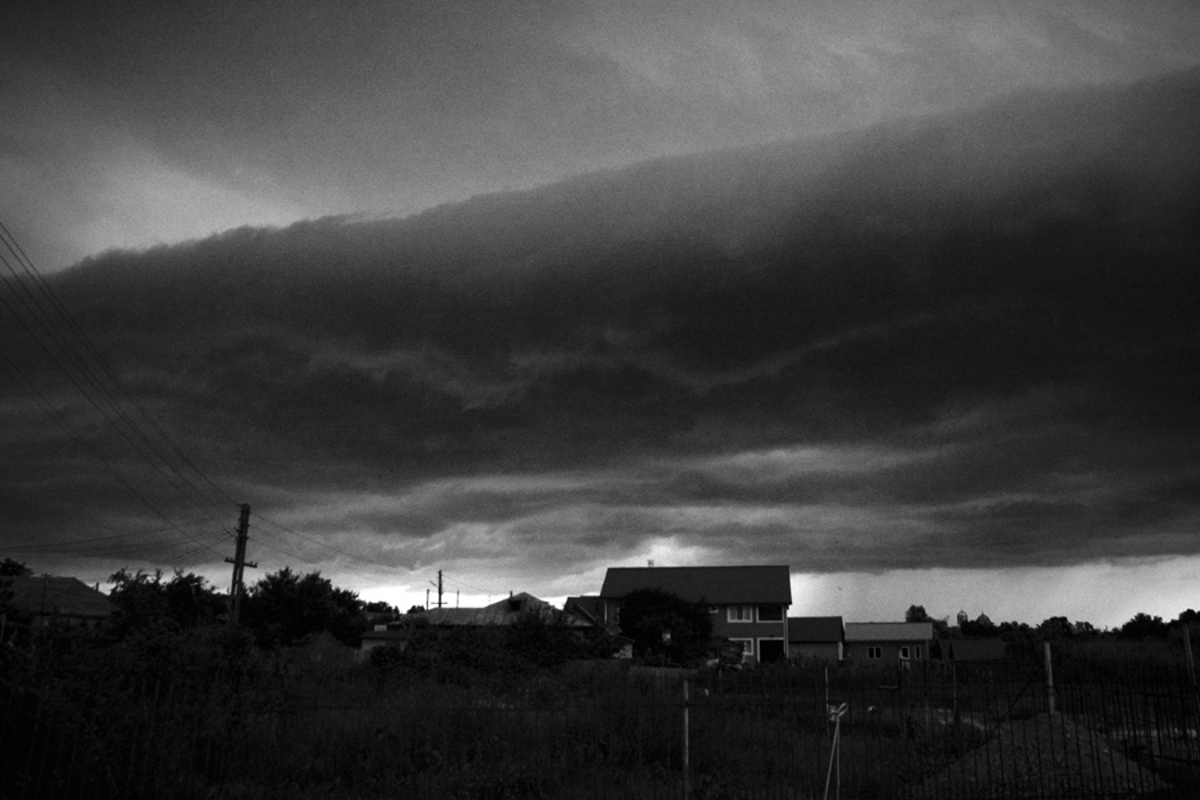 People who cross my path always tell me interesting stories. I love to capture those moments and illustrate them with a picture or two. Here are some of the people I had the chance to meet in the last months… 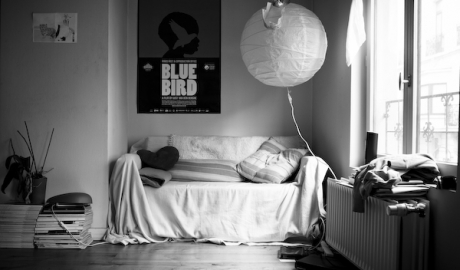 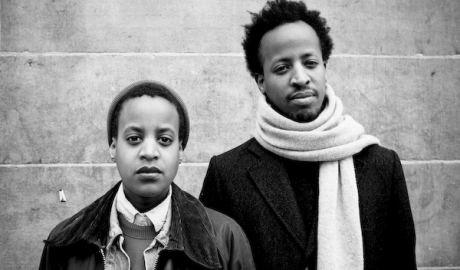 Rinchen and Kedrup are brothers and sisters. The first words that come to mind are: good taste, cultured, writing, cinema, anthropology, charisma. I’ve been thinking about taking a photograph of them again for quite a while. Their names were written with chalk on my big blackboard-wall. But this time, I wanted them to be seen together on the picture. I met them in the beginning of the afternoon in Rinchen’s beautiful apartment in the center of Brussels. We chatted, drank some tea, listened to Shlohmo and took these pictures. 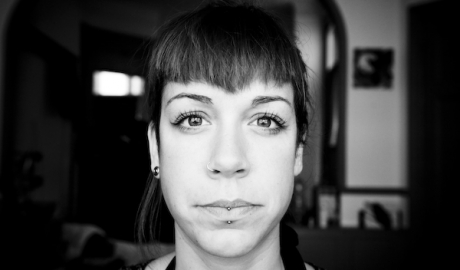 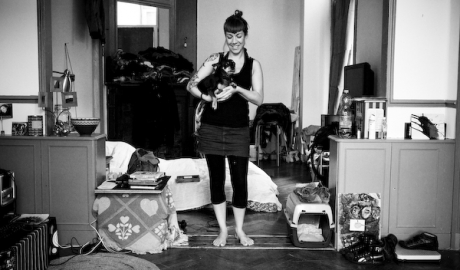 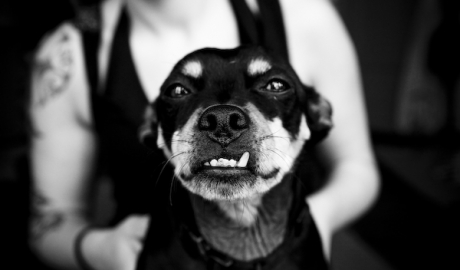 Martine has just turned 29. She has a twin sister. In their case, we call them sororal twins. They are real sisters, they were born on the same day with very little time apart from one another. Nevertheless, from a strictly physical point of view, they are not identical. You would not think they are twins by looking at them. Kiki is Martine’s dog, he acts like a human. Misou is her schizophrenic cat that lives hidden in corners. Martine recently bought two books: “The manipulators are among us” and “How to get out of a conflict”. It did not really work well. Not yet. Martine cries when birds fall off their nests, when frogs get lost in her garden and when she watches documentaries on gorillas’ extinction. We should rip her heart out and study it. I think that it would save our civilization. 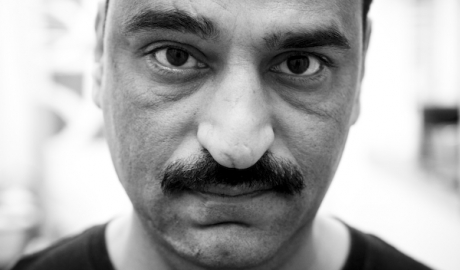 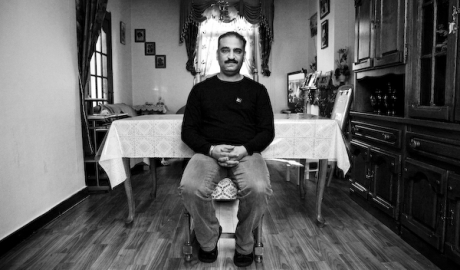 Sometimes, on Fridays evenings, after a few heart-warming drinks, I am struck by bravery and boldness impulses. I therefore went and asked. He said yes. 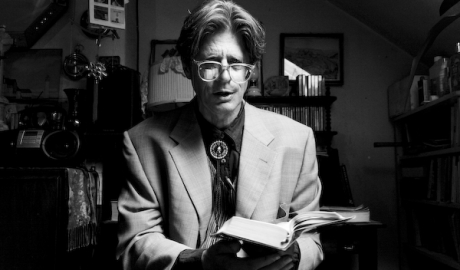 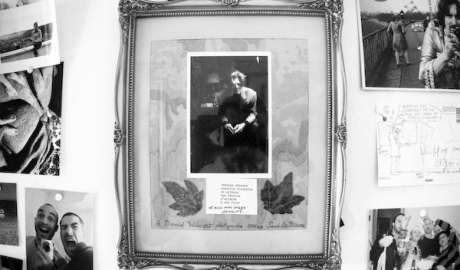 Paul says he was a very famous poet in Flanders. He says he could not stand the drawbacks of celebrity any longer, so decided to move out here. He’s got his heart broken several times too. He used a picture I had given him to make this frame. He offered it to me one day I as was doing an exhibition. I remember he had white shaven hair and a globe-shaped earring hanging. Ever since that day, I have not run into him. 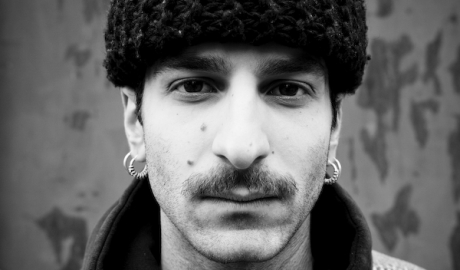 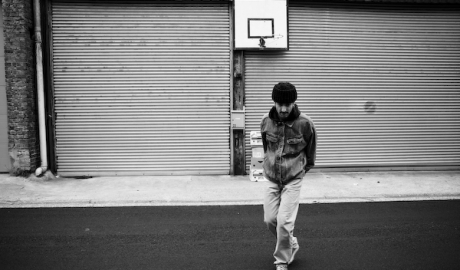 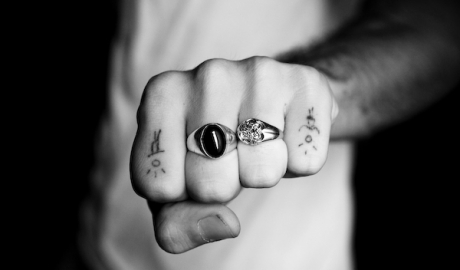 In his previous life, Sam was a member of the Crips gang. Whenever he listens to music coming from LA, something physical triggers inside of him. It is set in his chest, it feels like a ball, it is strong. When this happens, he automatically starts dancing and executing bouncy West coast moves. Sam is particularly sensitive to beautiful things. I would not say its sensitiveness is abnormal or extreme but it definitely characterizes him.

As a kid, his two favorite toys were a football ball and a doll. Sam belongs to these people who sense they have something special. Yet, he does not think that he is better or more interesting than the rest of us. It’s just that he finds people’s suggestions senseless. There are many things more essential. Sam’s actual name is Samuel Pompetti. He plays the trumpet because of Miles Davis. Serge Gainsbourg’s face is tattooed on his left arm. It’s been years since he has spent some time inside the tipi he placed in his backyard. Also, he stopped touching other people’s ears. Some of his shirts make him invincible while his earrings balance his left and right brains.

That afternoon, I was flipping through a photo book on Rajasthan while Sam was explaining me how much that part of the world was so violent according to him. The people, the religion, their bonds, what they naturally transmit. Sam knows that he’s from there, he feels it from inside, everything is there, within him. Despite his Italians origins, when one looks at him, one feels there’s something more. Sam will go to India, that’s for sure. He will leave when time is right. 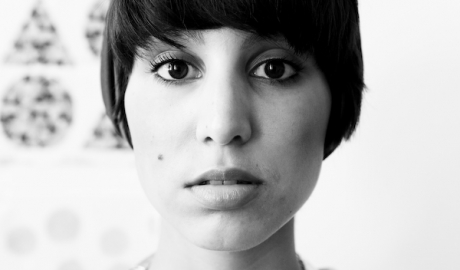 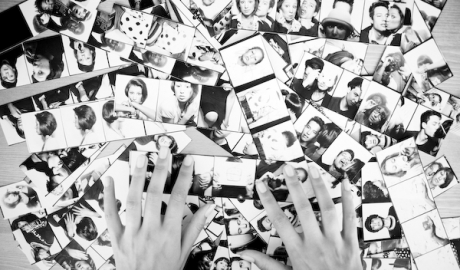 Tagada draws friends. After a while, she glues them on the walls. They are all quite big in comparison to her. Tagada is not able to blink. It does not sound like a big deal but it is a factor to consider as she regularly looks through her viewfinder in order to take pictures. This could also be why Tagada goes to automatic photo booths this often. 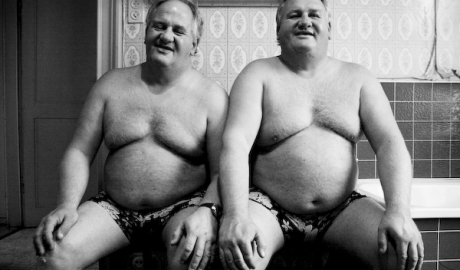 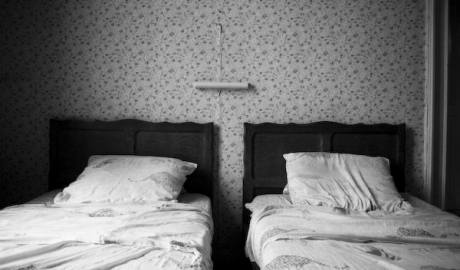 Last year, Alain and André went to Tunisia for the holidays. They both work for the municipality during the rest of the year. They take the bus every morning, carrying their big boy-scout backpacks. The old school ones, the ones made of brown fabric with the leather strips. Alain and André always wear identitical clothes. I believe it happens quite naturally. Alain and André live together, they own the house they live in. They call each other ‘brother’. That afternoon, I was in their living room. I was drinking one of these pinkish white beers that we had bought at Colruyt and I was looking at their photo album from their trip in Tunisia. I directly noticed that they were wearing their swimming suits by the pool with a certain pride. Blue swimming suits, the boxer shorts kind with white flower patterns. I asked if they still had the swimming suits. 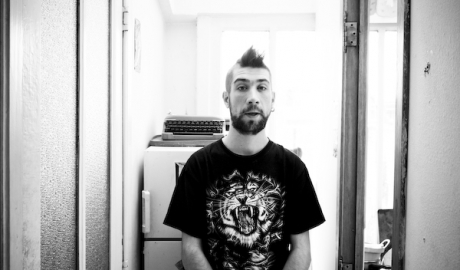 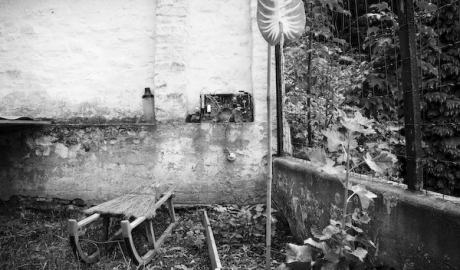 Franky calls himself ‘Vol-au-vent’. He is an artist. He’s got VAV initials tattooed on his arm. It is the kind of tattoo that you get in prison. Vol-au-vent and his big fragile heart see the countless paving stones of the sidewalk as authentic treasures. You should recognize him one of these days as he walks by with his so large feet. Planet Parfum is not Franky’s piece of cake. He prefers the smells of real life. You should know that Franky rarely calls. He would rather wait for someone to call him. He told me so. 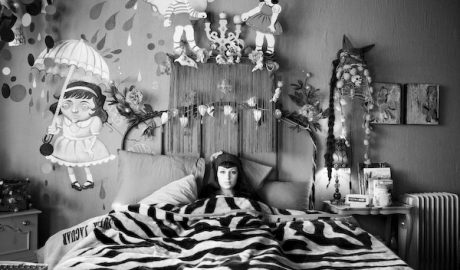 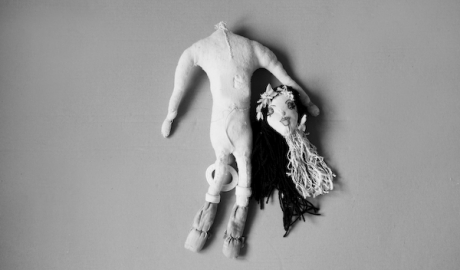 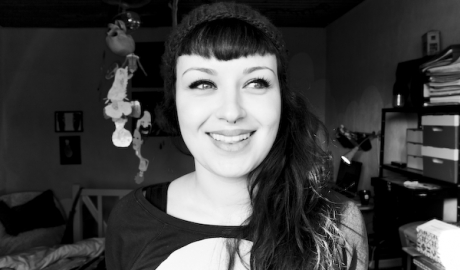 Zineb has always made herself shelters: hiding places, shacks, caves. The latest one, her room, thoroughly resembles a LSD trip. Half fantastic and half oddly frightening. But Zined does not take any LSD. Zined needs to observe this unreal universe in order to find her inspiration. As a kid, she did not like the common dolls because she found them lifeless. Her mother had therefore made her one which has a music box inside that is triggered by a thread. Zined says it looks like Frankenstein, she loves it so, she argues that it brings good luck and can temper any angst. 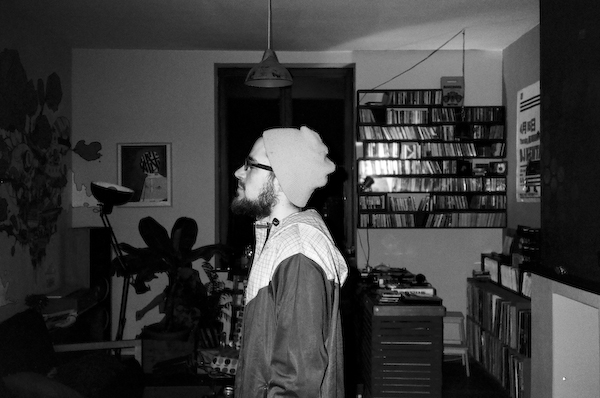 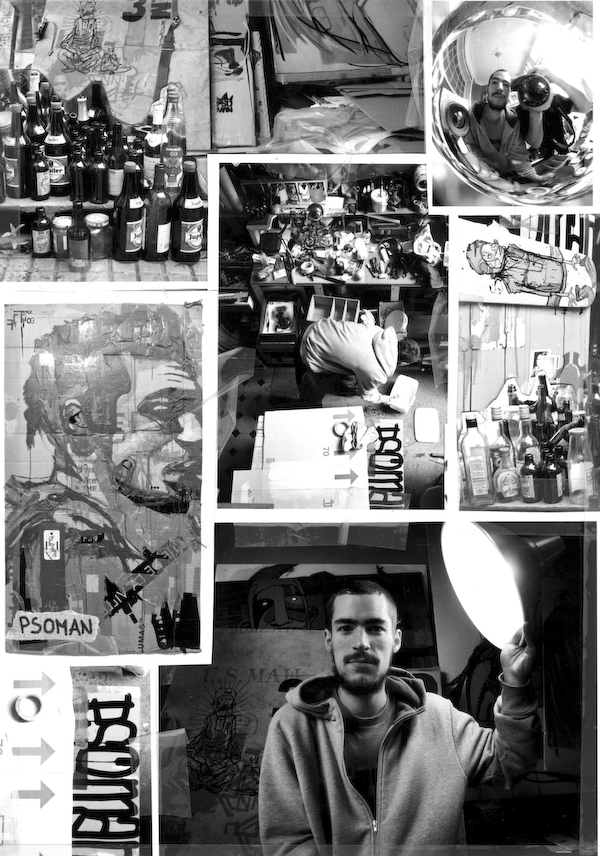 When Julius asked me to present my work on Laid Back, I thought about Psoman (see pictures above) right away. Considering the similarity of our respective playlists and the countless hours we spend in bars and clubs, the collaboration seemed obvious. Psoman also lives in Liege. The city where people use to have this strong accent, where the ‘sauce lapin’ covers de meatballs, where people use to party long and offer drinks to people they barely know. We selected the tracks together and he took care of for the mix, that was a one shot.

Stories translated from French to English by Adrien Rorive & N.K.