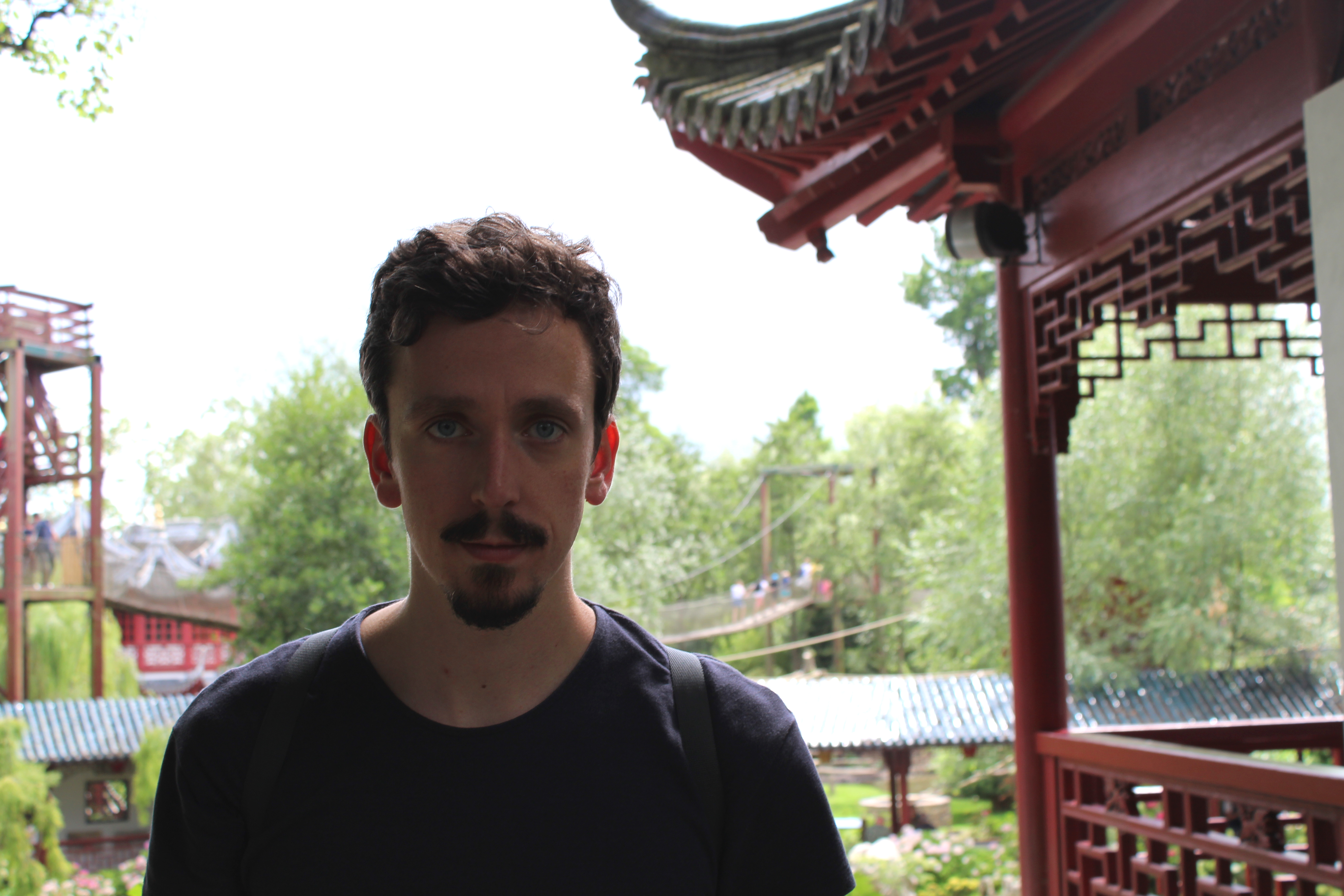 Danny Veekens is a music curator and a freelance music journalist living in Amsterdam. He launched The Find Magazine in 2008, first as a pdf magazine and then as a full digital platform. Danny also collaborates with media outlets such as Bandcamp, HHV Records, and Mixcloud.

– First of all, thank you for compiling a mix for us, could you briefly describe it ?

The mix is a selection of favorites throughout the years, a handful of new tracks, originals, and overall a melting pot of hip-hop, jazz, funk & soul. It’s mixed by London-based beatmaker Bobby Obsy, who dropped his brand new EP last Friday on this nice new label on the block called Rucksack Records…

– How did you start running The Find Magazine ?

I actually first ran a download blog for about four years in the pre-streaming era. It was focused on hip-hop, jazz, funk & soul; all about finding and sharing albums, mixes and singles. That’s when I found out how many people around the globe were digging the same type of music as me. That was mindblowing to me!

Back then I was also studying journalism and was – and still am – a big sucker for print magazines. I was also kinda frustrated about how many independent hip-hop artists I loved never appeared on most (major) hip-hop websites. And about a general lack of sites focused on beatmakers and the jazz-influenced hip-hop I was mainly into back then.

So based on a combination of those things, that’s when I decided to start it myself. First as a ‘digital magazine’ – which meant PDFs as a free download back then, haha (printing was unfortunately too expensive to do at the beginning). So I gathered a team of around 15 people to start (that was in 2008). We made four digital issues, which eventually led to one printed publication in 2011. After that, it continued as a regularly updated website which is still here today! Grown into a platform with also several vinyl releases, cassette tapes, 200+ guest mixes, T-shirts, a bunch of collaborations, and more coming up this year.

Also: the name of The Find was actually based on Ohmega Watts same-titled album. I really loved the music, and thought the title and aesthetics really matched with what I wanted to convey.

– You are also a freelance writer ?

I’m also a freelance music journalist. I love to find stories and to dig deeper. That’s also why I particularly like to do interviews; to find out more about the people behind music. Especially when it comes to beatmaking: producers often tend to be a bit ‘private.’ Which is completely fine, of course! I love that, when people are humble about their art and when there’s not much ego involved. Quite a few rappers can learn from that, haha. So yeah, that freelance life is also all about discovering music, new and old.

– You said on your blog that “Mood music” is rising. What do you think about the actual “lofi beat” scene ?

Let’s start by saying I absolutely love the art of beatmaking! There are so many producers all over the world who are making incredible beats. Personal highlights of the last few years include A Journey To You by Melodiesinfonie (Switzerland), LTF’s Jazz Echo (Russia), and Medline’s reworks of classic crate diggers’ gems on Solstice (France). And the list goes on and on…

Here come’s the “but”, the bitter addition: at the same time, there’s also a huge rise of ‘Mood Music’ going on. In all genres, but I think its effect on hip-hop beatmaking is going to be (or already is, in a way) huge. And that worries me. “Chill” seems to replace “skill” as the norm. It’s a long story, but I recently wrote an article about it, called Coffee-Table Beats: The Worrying Rise of Mood Music.

That is also one of the reasons why I decided to start my own record label next to The Find. It’s called Rucksack Records and will officially launch in April. The label focuses on progression in beatmaking. I want to support producers who dare to push boundaries. The tagline is “Looking back, thinking forward.” Meaning an ode to the past, while also delivering something new in a progressive way. Such as producers who now also do (jazz) instrumentation, or those who combine both worlds.

– You released two « Jazzvolution » records with HHV. Could you tell me more about this series ?

Our Jazzvolution compilations bring together our love for both hip-hop and jazz. We thought it’d be interesting to explore the connection between beatmaking and jazz music. Not per se in an obvious sense of “jazzy beats”, but more focused on how jazz foundations influence the work of beatmakers—since many hip-hop producers are also big fans of jazz. So in a way, it’s a series (Chapter Three will be released soon!) focused on the progression and art of beatmaking.

I have to add that it’s been an interesting process. Since the first edition in 2014, the records organically shifted much more to featuring producers who also turned (multi-)instrumentalists. So while we try to curate timeless productions, I guess each record also shows what’s brewing in beatmaking.

I decided to start my own record label next to The Find.  It’s called Rucksack Records and will officially launch in April. The label focuses on progression in beatmaking. I want to support producers who dare to push boundaries. 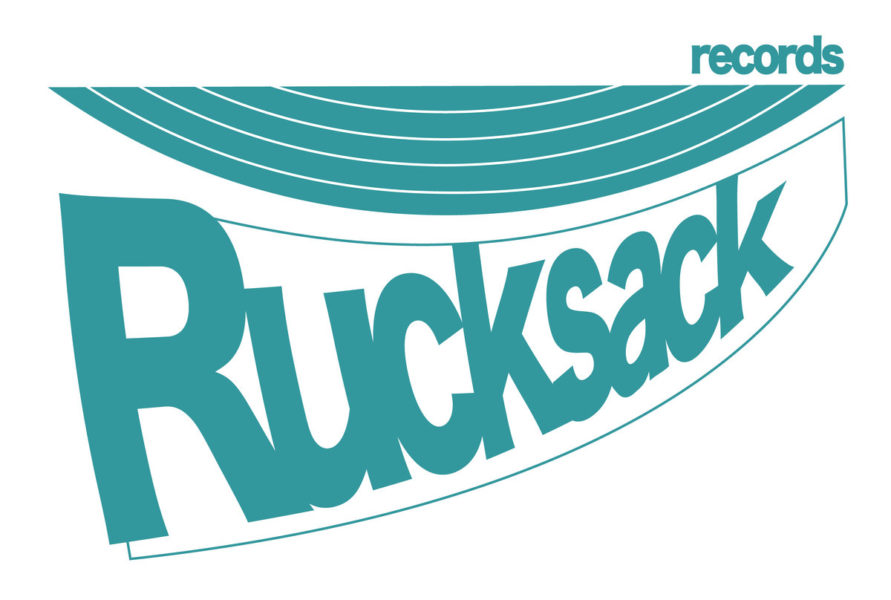 – What is the connexion between the magazine and the label ? Did you launch a new structure ?

– What are your favorite labels ?

Every time I discover a new release from Jakarta Records I’m filled with both joy and jealousy. That’s a good reference. Other current labels I love include (in no particular order) Fennek Records, Black Milk Music, Def Pressé, First Word, Redefinition Records, Melting Pot Music, Cold Busted, Wadada Records, KingUnderground, Super-Sonic Jazz, Sichtexot… There are so many good ones out there. These are all a reference for my own Rucksack Records, one way or another.

– What are your plans for the coming months?

Rucksack Records will be launched, with currently four releases in the works. The third edition of Jazzvolution is nearly done, and will be out in a few months. There are numerous editorial features and mixes for The Find in the works, and I’m working on a very special project together with a team in London. But, unfortunately, I can’t spill any beans yet… And aside from that, a lot more searching, finding, and writing all-things music!

Simon lives in Lille (FR) where he pays homage to the beatmaking culture through his beatbliotek project.