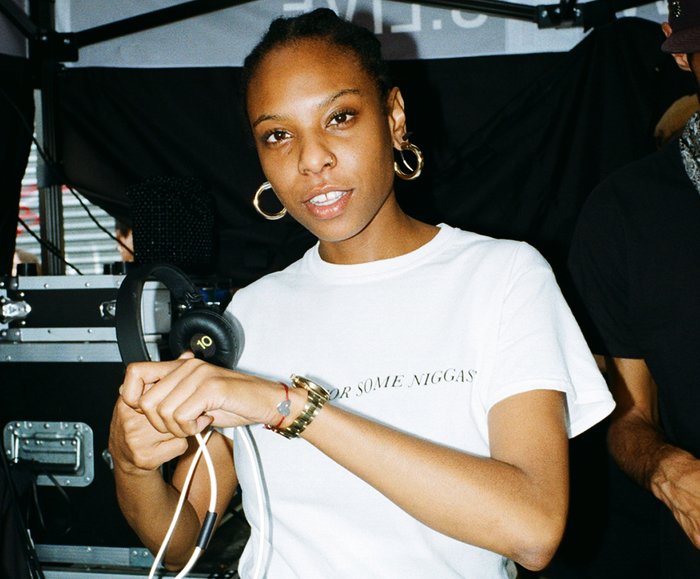 Chloë is a DJ. She lives in Stratford, London, close to where Kano and Crazy Titch come from.

She is one of the first people I met in London. I met her at church (I like this sentence). In St John-at-Hackney for the RBMA 2016 Tour featuring Awful Records, Blood Orange and Kilo Kish.

Since then, every time she has a gig, I do my best to go and see her play. Chloë has a gift for making people want to dance. She takes people on a journey through music. She is unpredictable. In a good way, in a surprising way. As a person and as a DJ.

I recently spent an afternoon with her in her neighborhood. We chilled on a bench by the Greenway. We talked about how she grew up surrounded by music. We drank Cherry B’s under the sun and ate fish & chips at Olympic’s. 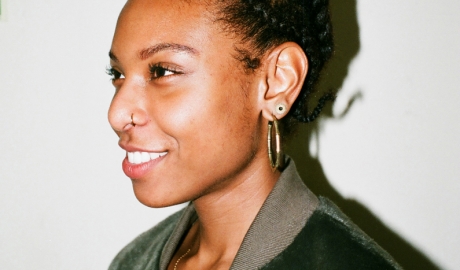 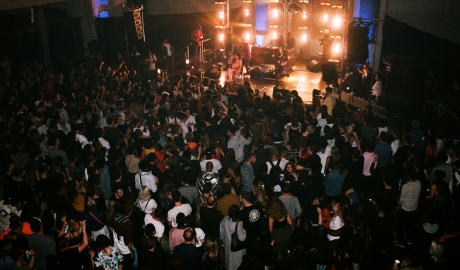 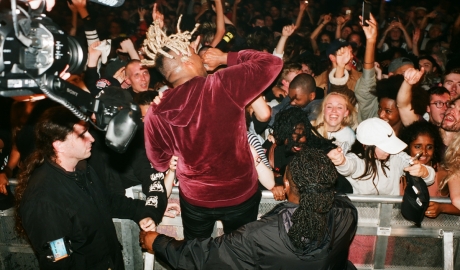 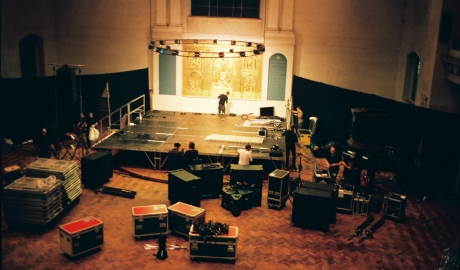 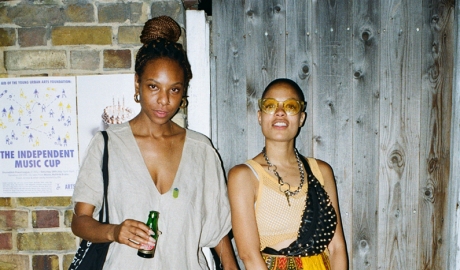 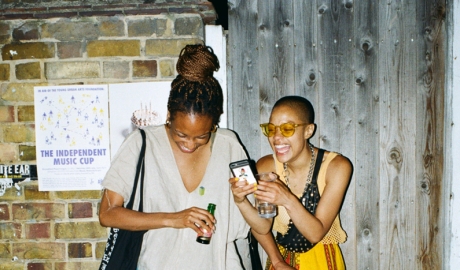 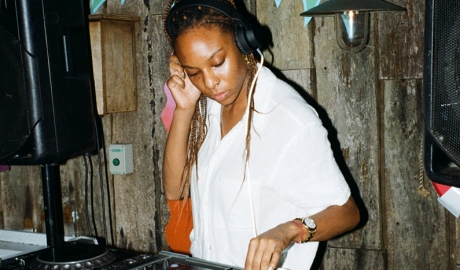 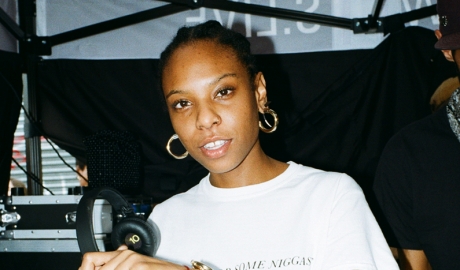 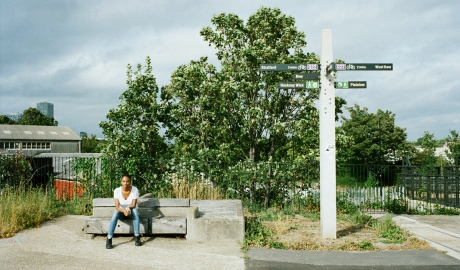 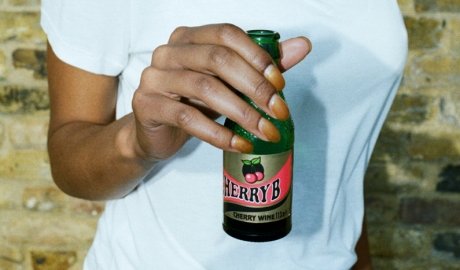 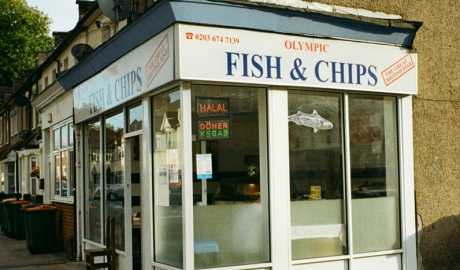 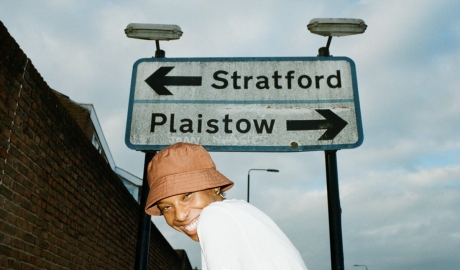 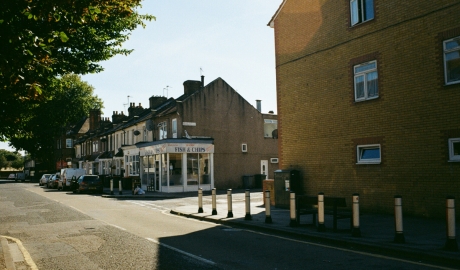 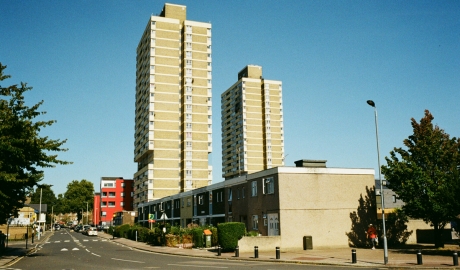 While listening to the recording of our conversation, I felt like sharing a few of her stories and illustrating them with music.

“Music being fed at me from every directions”

I was recording tapes. This was around 2005. I would be taping my favorite MCs on Rinse, Delight, Kool FM, pirate radio stations. I was 8 or 9 years old. My dad got me a small Philips cassette radio and I would be up late at night, listening to my favourite house & garage DJs. Making compilations has always been something I’ve been interested in.

I grew up around music, in a very musical household. My mum was friends with guys who used to run sound systems. The first generation of West Indian immigrants. She used to bring them to our house and we’d have parties for whatever occasion it was: christening, communion, birthday party … All of her friends would come. We had speakers in our living room up to the ceiling. I would be the first one up in the morning. Little Chloe, 4 or 5 years old. The first to wake up after the busy night. And I just looked at everything, looked at the wires and see how everything was put together. I remember flicking the switch once and the system came on and music starts playing. So yeah, my interest has always been there.

My brother was listening to Death Row Records and to a lot of East coast hip hop: Big L, Scarface, Biggie Smalls, Nas. He would be in his room and I would be hearing what was coming through the walls.

I remember my dad saying: “This is a track by Prince. You can’t get this one. You shouldn’t be listening to it”. But he would put it on anyway. Lady Cab Driver or Little Red Corvette. “You’re too young to listen to this”, but he’s playing it for my young ears to hear. What’s the sense in that? I have no idea but it was my first introduction to Prince. I’m thankful to that.

My grandma obviously loved reggae music. She was always playing music when we stayed at her house during the weekends. Music and food, it’s part of the culture. I would get my hair done while music was playing and there would be food cooking. It’s all very connected. It’s all one thing.

I like Nina Simone’s spirit. She is sometimes portrayed as quite vicious, but she was also very gentle in her music. Her work during the Civil Rights Movement never really stopped. It was quite hard as a black woman at that time, especially if you didn’t look like The Supremes, Diana Ross, or Aretha Franklin. Not to discredit them whatsoever. They’re amazing artists but Nina Simone didn’t look like them. She didn’t really wear makeup or wigs. She would wear a lot of African prints. At the time it was really rebellious. I like that rebellious aspect of her and how she put it in her music.

At the moment I like Honey Dijon. She is a trans woman house DJ from Chicago. She honed her skills in New York. Now she’s based in Berlin. I keep rewatching her performances at Boiler Room. It’s so good. She’s playing mainly House music and some Funk, couple of 80’s as well. She also adds some cultural elements into her mixes. She’s obviously black and she wants people to know that. She’s educating them, throwing some voice pieces from people talking about the ballroom, voguing scene or Martin Luther King’s “I Have a Dream” over a house track. The layers that you can create on a set are sick. There is so much you can do with sound.