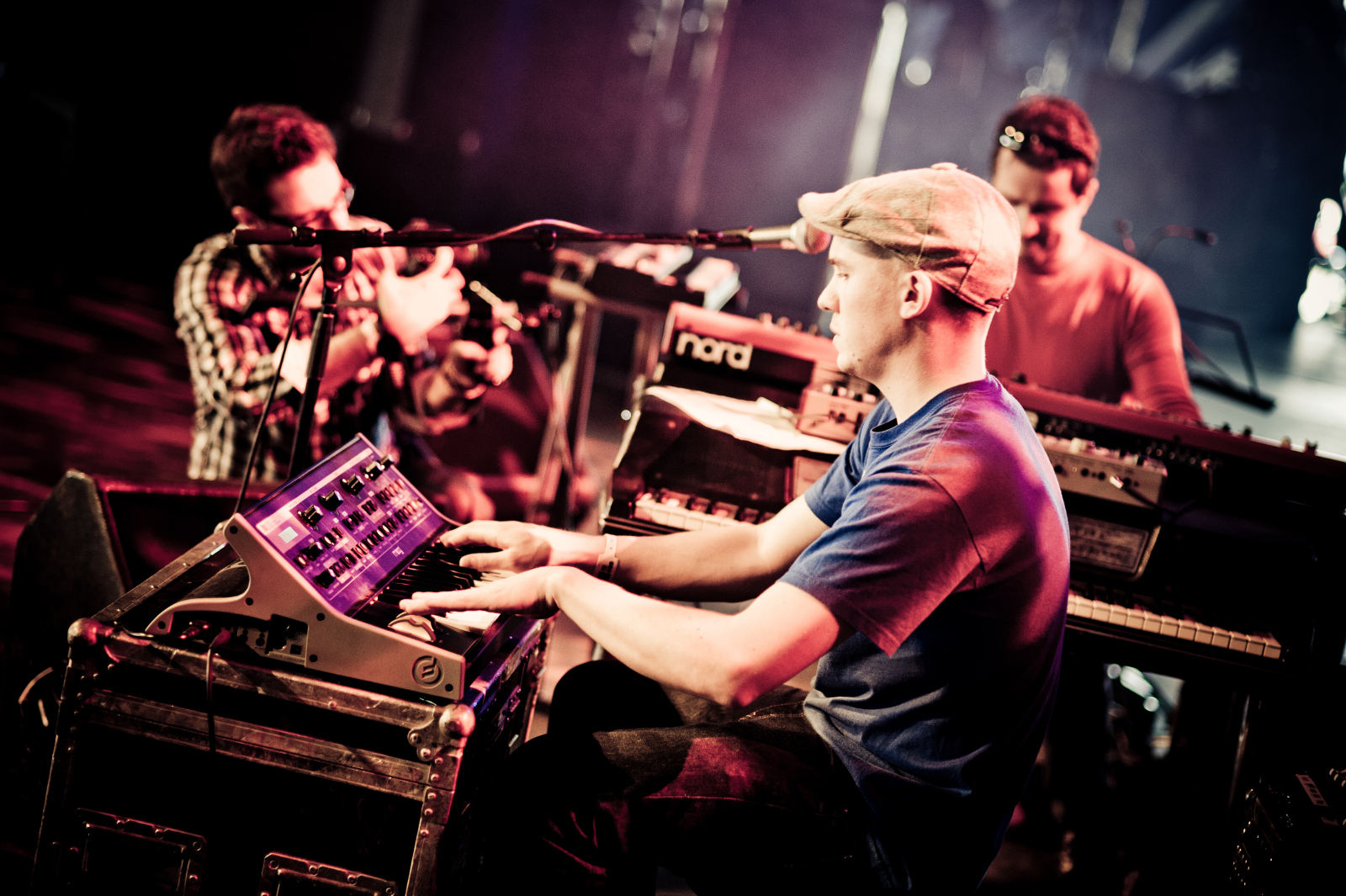 It’s always a pleasure to announce a new album, like a newborn baby that is being introduced for the very first time amongst friends and relatives.

After 2 years of relative silence (since the release of our first eponymous album on Melting Pot Music back in 2011), 74 Miles Away slaps back with a full-grown and anticipated sequal. This time we decided to go for a full “in- house” production (without record label), in collaboration with our trusty partner from Laid Back. Distribution though, will be handled by the fine people at Pusher Distribution (vinyl) & Fine Tunes (digital).

As we were (and still are) too eager to play and please, we put emphasis on our dynamic live shows during the last 20 months. Having the honour to play a dozen of nice venues and several awesome festivals (national & international), resulted in this new album entitled ‘Gear Change’. An 8-tracks, fully instrumental album mostly based on our live-gig experience.

We’re also glad to welcome flutist Stefan Bracaval as fourth band member. With other words, changing gears on the staff was nescessary to make this album happen. The input of Stef, his background and experience, his expressive flute sound, and the symbiosis with lead keyboard player Pierre Anckaert (they are playing together for years now in several other jazz-related projects) made it possible to elevate this project to another level. On the other hand we must admit that our full time day jobs  various musical projects, kiddies and other time-consuming activities,…  didn’t make it easier to gather everybody for the recording sessions.

As our material was written for the live gigs, we had to work the other way around during the recording process. By decomposing every song into suitable and studio friendly layers. With the help from our engineer, Jean Vanesse (owner of Greenhouse studio), we managed to record the album in 2 days. Though often less precise than practiced studio-arrangements, a live recording offered us a more realistic, exciting and raw feel (all musicians & instruments took place in the same room, beside the amps). Very few overdubs were executed to keep that organic and unpolished sound.

We all love the live album format, the idea that the moments or evenings they document are epochal and worthy of preservation, the narratives they aim to present and the stories they sometimes tell in spite of themselves. A lot of influences can be found on ‘Gear Change’, from 70’s jazz-funk to stomping boogie joints, all drenched in vintage analogue synths with a 2013 modernist feel.

This is what “Gear Change” is all about. An album without words where the music speaks for itself.

Louis is a beatmaker within the MonkeyRobot duo and core member of 74 Miles Away.